Behind the Music: Nikki Benson

Want to get to know the characters in Heartbreak Beat? This is the blog series to follow.

Kicking off our Who’s Who series is Nikki Benson, Heartbreak Beat’s main character, and all-around badass. Nik’s a crazy talented drummer who’s making her bones in the LA music scene by performing as a session musician. 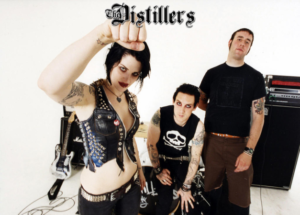 A session musician is basically a hired gun. They are hired by the music producer or label to come into the studio and play for a recording session. They are kind of one-and-done and not actual members of said band.

But that’s fine with Nikki, because she has a band, Satan’s Sisters, with her two actual sisters Presley and Jett. Presley sings. Jett plays guitar and writes lyrics. All three compose and arrange the music.

I love Nikki. She’s a spitfire. Standing at barely five feet, this woman makes NOISE. She does CrossFit to keep in drumming shape. She’s not into fashion or make up – ripped up jeans and worn concert tees are more her jam. She’s the first to jump into the mosh pit and the last one to come out.

Nik’s a wild child, my alter ego, a bit of the person I was in my teen and early 20s. Back then I, too, was the first in the mosh pit and the last to come out. One of my clearest memories from those days of yore was of a burly guy yanking me out of a mosh pit that turned bad. I had no idea, I was just slamming along to the music. Big belated ups to that robust stranger.

Brody Dalle from The Distillers was the person I had in mind as I wrote Nikki’s story. (Check out this music video on YouTube.)

But your Nikki may be different! Who do you see when you read?