Behind The Music: Rafe Davis 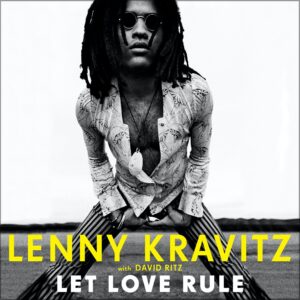 When I create my characters, I have a general idea of who they may resemble. Often it’s a mix of people: people I know, celebrities, etc. But where Rafe was concerned, it was simply one person: Lenny Kravitz.

Lenny had me hooked when the minute I first his trippy, Hendricks-esque anthem American Woman. He married one of the world’s most beautiful women of all time, Lisa Bonet. And the dude’s style? It was always on point.

I can’t say I’ve had a lot of celebrity crushes, but I crushed on Kravitz hard.

And then when he showed acting chops in his role as Katniss confidant in the Hunger Games franchise? Hell yeah, Lenny fan for life!

So when it came to writing Rafe — beautiful, sensitive, talented Rafe — that character couldn’t be anyone but Lenny Kravitz. And based on the description of Kravit’s new memoir, Let Love Rule, about his years before reaching superstardom, Kravitz’s own personality mirrors Rafe’s in a lot of ways. Both unwilling to compromise their creativity. Both struggled with difficult dads (in Rafe’s case, that would be his own troubled father and then the relationship he went on to have with Vince). And by all accounts, Kravitz is a fantastic father. (Okay, we totally not there with Rafe – poor Jett is not ready to be a mom – but I think he’d be a rockin’ dad.)

There’s a lovely little story in comments section of Kravit’s recent NY Times interview promoting the book, from a real estate agent who showed Kravitz an apartment, who said Kravitz was “down to earth, polite, smart and gracious.” That’s exactly how I saw Rafe. (Okay, along with an inflated ego and maybe he was a bit of a player before Jett– he had his reasons though!)

Anyway, I’m grabbing a copy of Let Love Rule when it comes out next week. I hope you join me!